In 2017 we noticed an increase in the amount of experiences with Levothyrox that were being shared on our French webpage. This was caused by a change in formulation of this medicine.
In September 2017, we published our findings on this topic in the article Levothyrox: more unsatisfied users since changes in formulation.
Since the publication of that article a lot has happened. The French agency for the safety of health products, ANSM, published a report stating that the increase in side effects is possibly caused by a thyroid hormone imbalance.

We wondered what patients experienced throughout all of this. We sent out an extensive survey to 1269 people who had previously reviewed Levothyrox on our French website. All responses point towards the same conclusion: Bio equivalency of the change in Levothyrox formulation is rendered irrelevant by real world evidence. 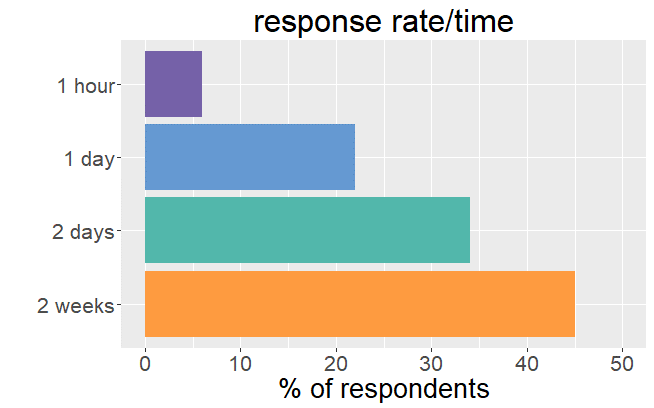 Whereas before the change in formulation patients were very satisfied with their thyroid treatment and experienced very few mild symptoms, it is the complete opposite after the formulation of Levothyrox changed.

How many side effects did you experience? 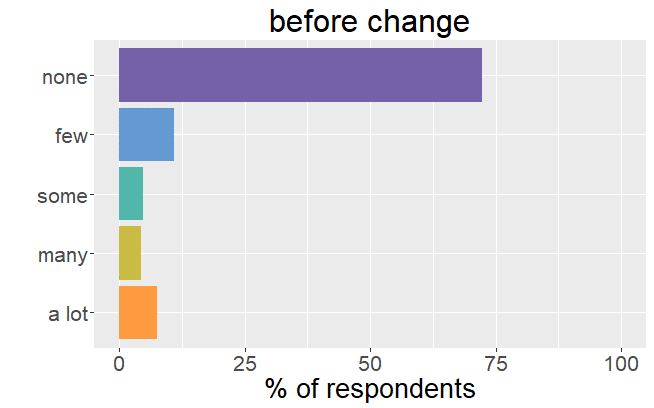 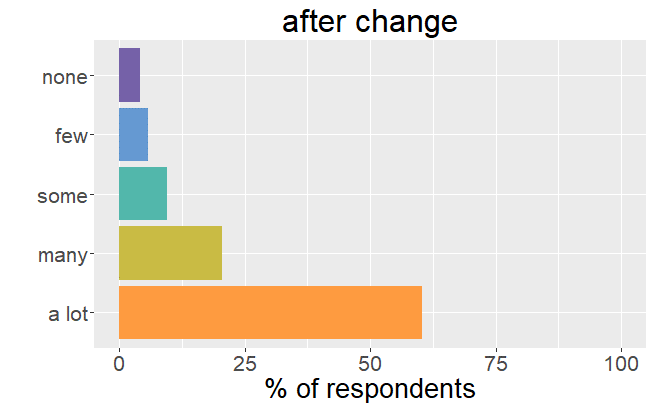 How would you describe the severity of the side effects? 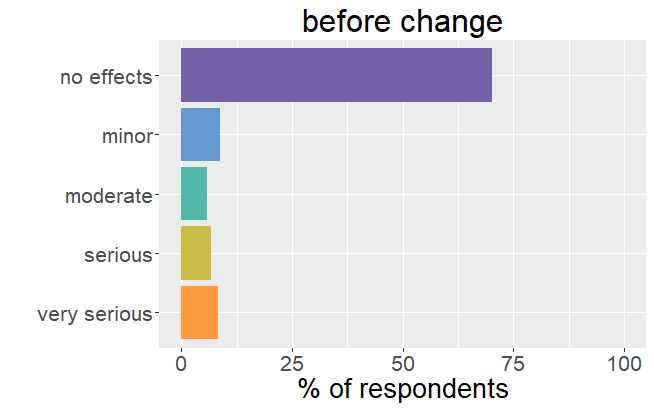 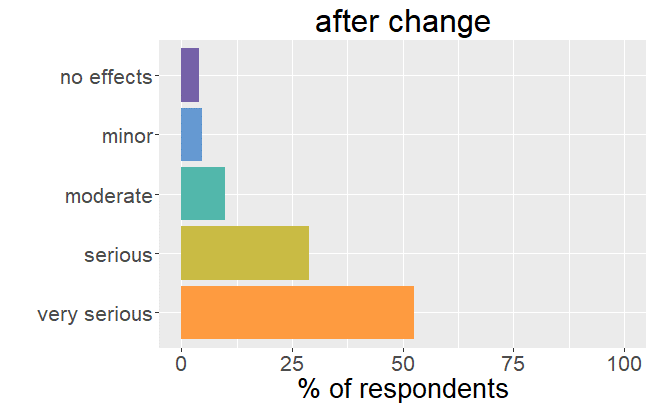 It is important to realize that thyroid patients must go through a difficult and lengthy period (till over a year) to find the right adjustments in thyroid hormone.
One can say that patients were well adjusted to their thyroid drug. The change in formulation resulted in an unexpected dysregulation and all the symptoms and side effects that come with it. back to the list

If real world changes are made...


But the most telling part is that 32 respondents needed to get medication from other countries to get back to normal. 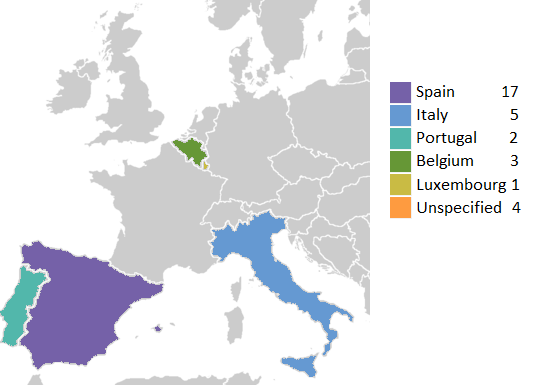 How satisfied are you with the medication? 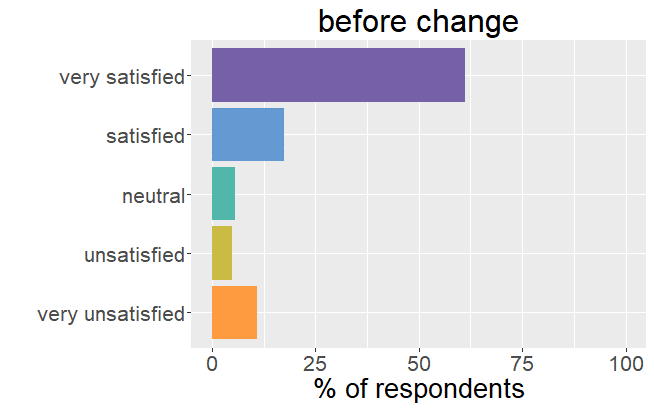 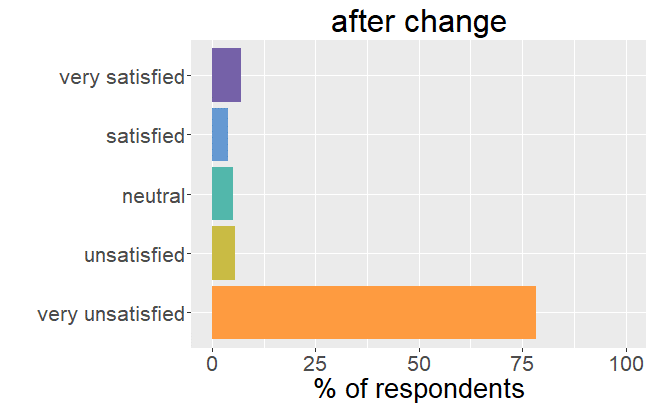 ...the stories tell it all:

"...this treatment deprived me of one year of my life. I'm just starting to get better. I wanted to have a third child, now..."

"I am shocked that we are playing with people's health. I made the connection with my problems via the media in August 2017. Several doctors treated me like I am crazy and prescribed sedatives (that I have never taken)..."

"Dizziness exhaustion hair loss nausea disappeared in 8 weeks but abdominal pain in the pancreas and loss of appetite and a remainder of chronic fatigue persisted until mid-February. I found my "normal" condition at the end of 5 1/2 months..."

Patients are very frustrated by the lack of communication. Three out of four patients were not informed of the change of formulation.

"...very angry by the denial of doctors and medical health authorities, [they have] more confidence in the labs. Unknowingly we were used as guinea pigs and we were made to be depressed. I add that my blood tests remained normal, except my transaminases which had doubled..."

"The general reactions of the medical profession (with some exceptions, fortunately) have been and still are inappropriate and contemptuous of the pain endured and the uncertainty for the near future. Nothing is solved."

Respondents also remarked that they did not know or weren’t provided the option to switch to new medication when this option was made available by the ministry of health. Because of these issues the patients feel like communication is lacking and the response of the ministry of health is very inadequate.

"I would like to go back to the old formulation but my doctor does not want this, I have the feeling of not being heard..."

"...the reaction of the Ministry of Health was catastrophic. But what is most shocking is the reaction of doctors (informed) and specialists who doubt our words and our difficulties! I even heard from an endocrinologist friend that this was a collective psychosis !!"

Patients are angry about this lack of information and feel like they are not taken seriously. Out of these patients 91 respondents have now started a (collective) judicial process.

The switch in formulation of Levothyrox has had great impact on a lot of people’s lives. Severe side effects manifest themselves, leaving the patient to search for a solution. Some are helped by adjusting their dosage but others need to resort to new medications, sometimes even imported from other countries. What might be even the biggest complaint is the lack of communication and understanding.

This situation shows that even though minor changes, thought to be of no consequence, can actually cause major changes in patients’ health. Obviously, bio equivalence studies do not predict the outcome in patients and should be regarded insufficient in determining real life responses.

Have you been vaccinated? What vaccine did you get? Did you suffer from any side effects or did it all go fine? Share your experience here!

Do you have or have you had the Coronavirus? Let other people know what your symptoms were and how you coped with them. You can also check our Coronavirus article.

Experiences are personal and the effect of drugs differ from person to person. This website provides information for educational purposes only and is not intended for medical advice, diagnosis or treatment.
Check our frequently asked questions for more information on meamedica.com.

Icons made by Prosymbols from www.flaticon.com and licensed as CC 3.0 BY.