Comparison between branded and generic medicines


Whether or not named treatments made by big brands work better than generics has been a point of contention between researchers, healthcare professionals and patients for some time.

Primary care practices will often issue generics wherever possible because they see them as doing the same job, as well as being cheaper.

However, patients may be sceptical about switching to or opting for a generic over a branded treatment. They might report a higher incidence of side effects, or may find one medicine to be less effective than the other. Even when buying medicines over-the-counter, such as headache tablets or cold sore cream, many may choose to spend a little extra and go with the named product they recognise rather than take a risk on something they do not know.

But does this way of thinking have any foundation in the composition of the medicines themselves?

Is there a difference between branded and generic medicines?

We thought we would look into this subject in more detail, by analysing data from our database of medicine reviews, and examining the differences in efficacy and reported side effects. We also thought it might be interesting to get into touch with two practitioners from online pharmacy Treated.com, to get their expert opinions on the subject.

We assessed the available reviews on our European platform on six branded medicines, used for very different purposes, and their generic versions. These were:

Each was rated out of 5 on: Here are the results of our assessment: 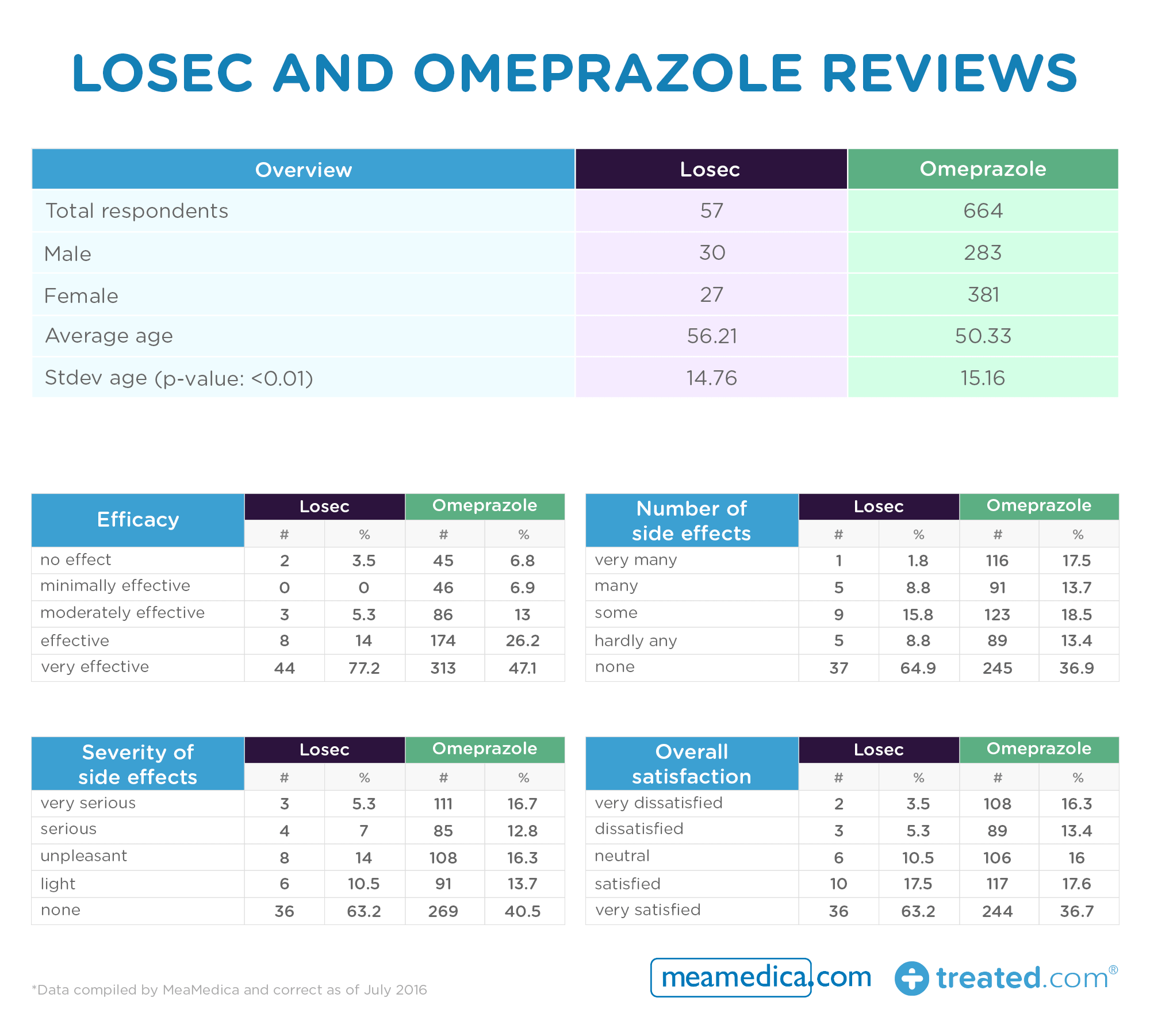 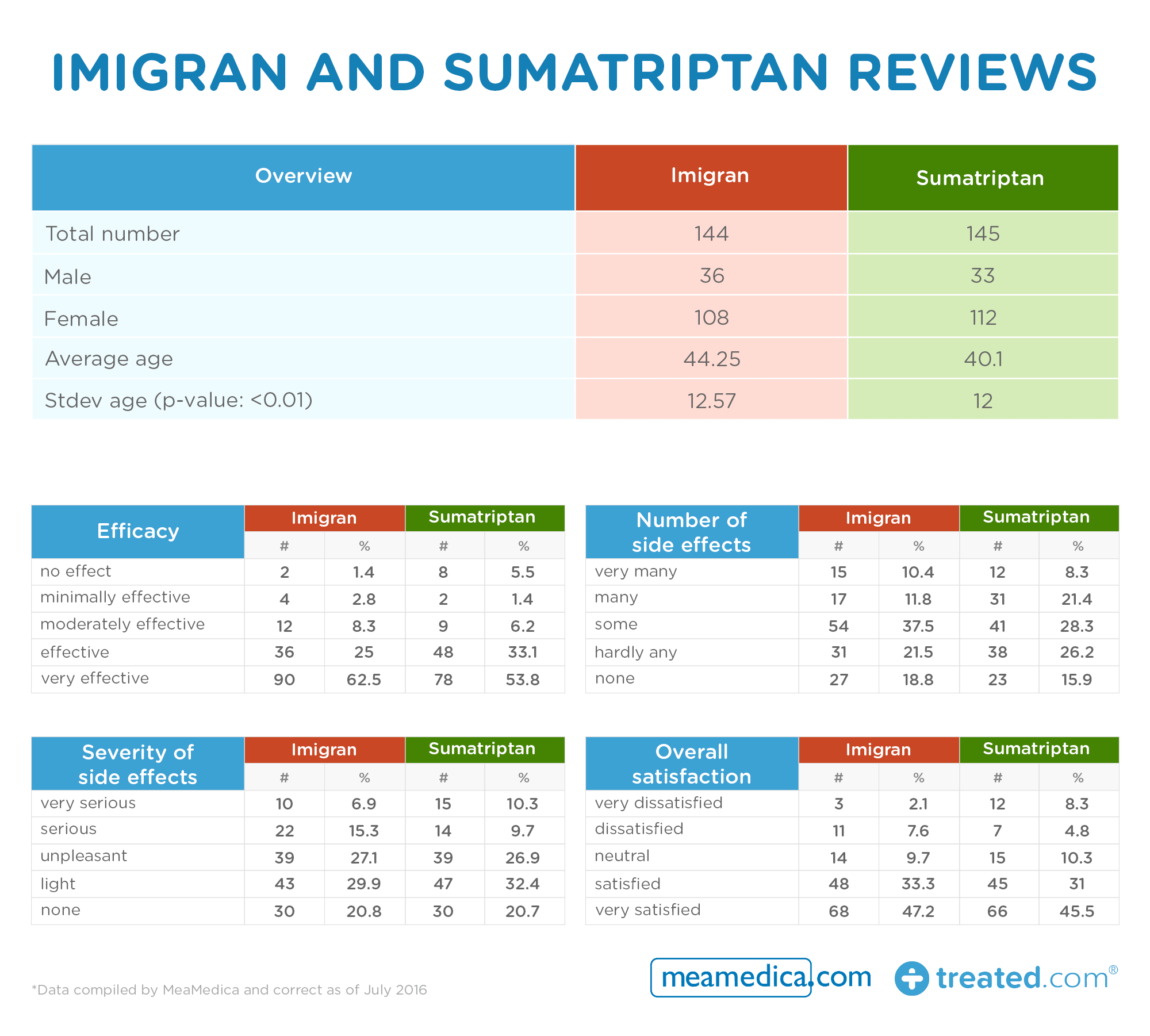 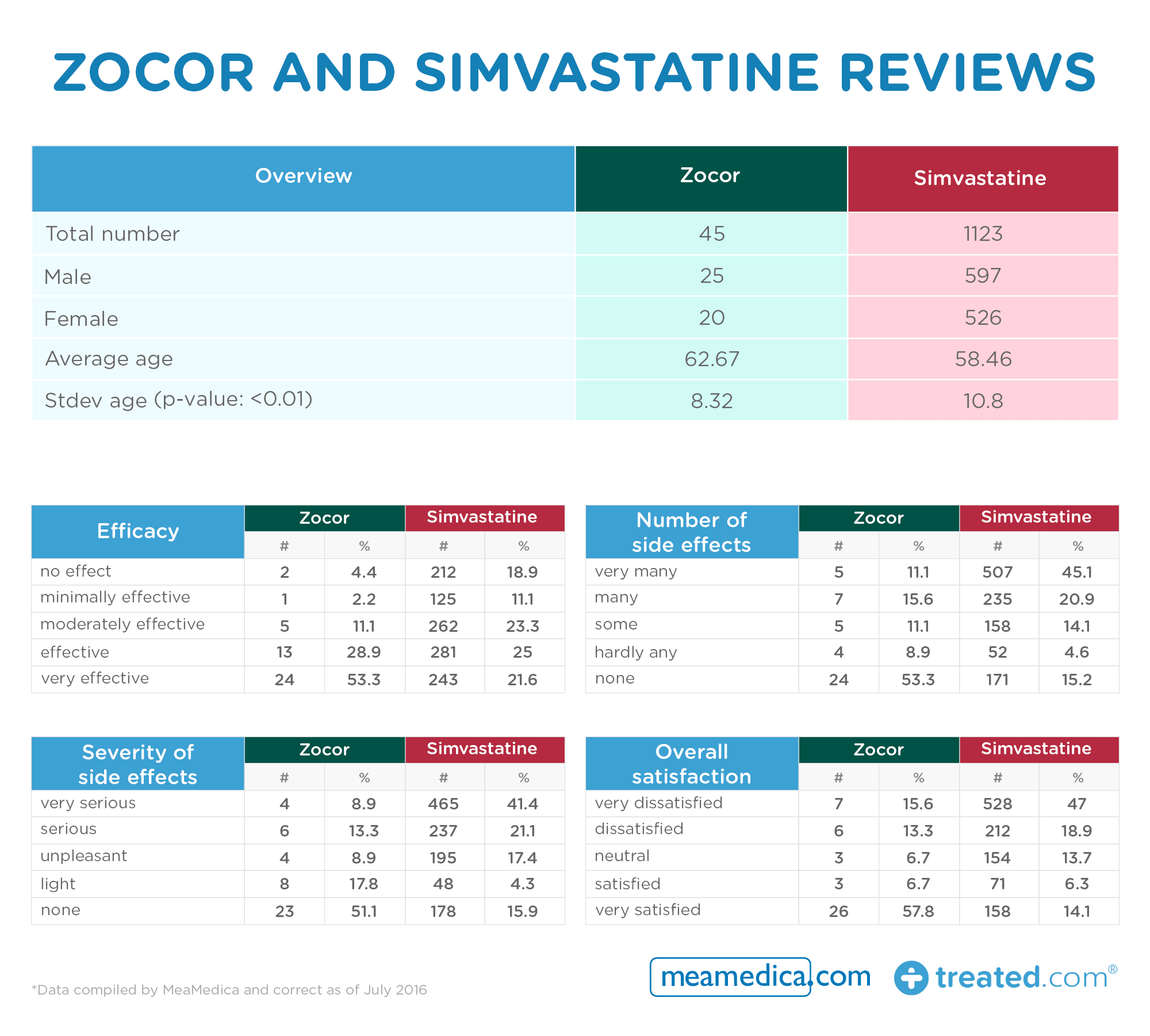 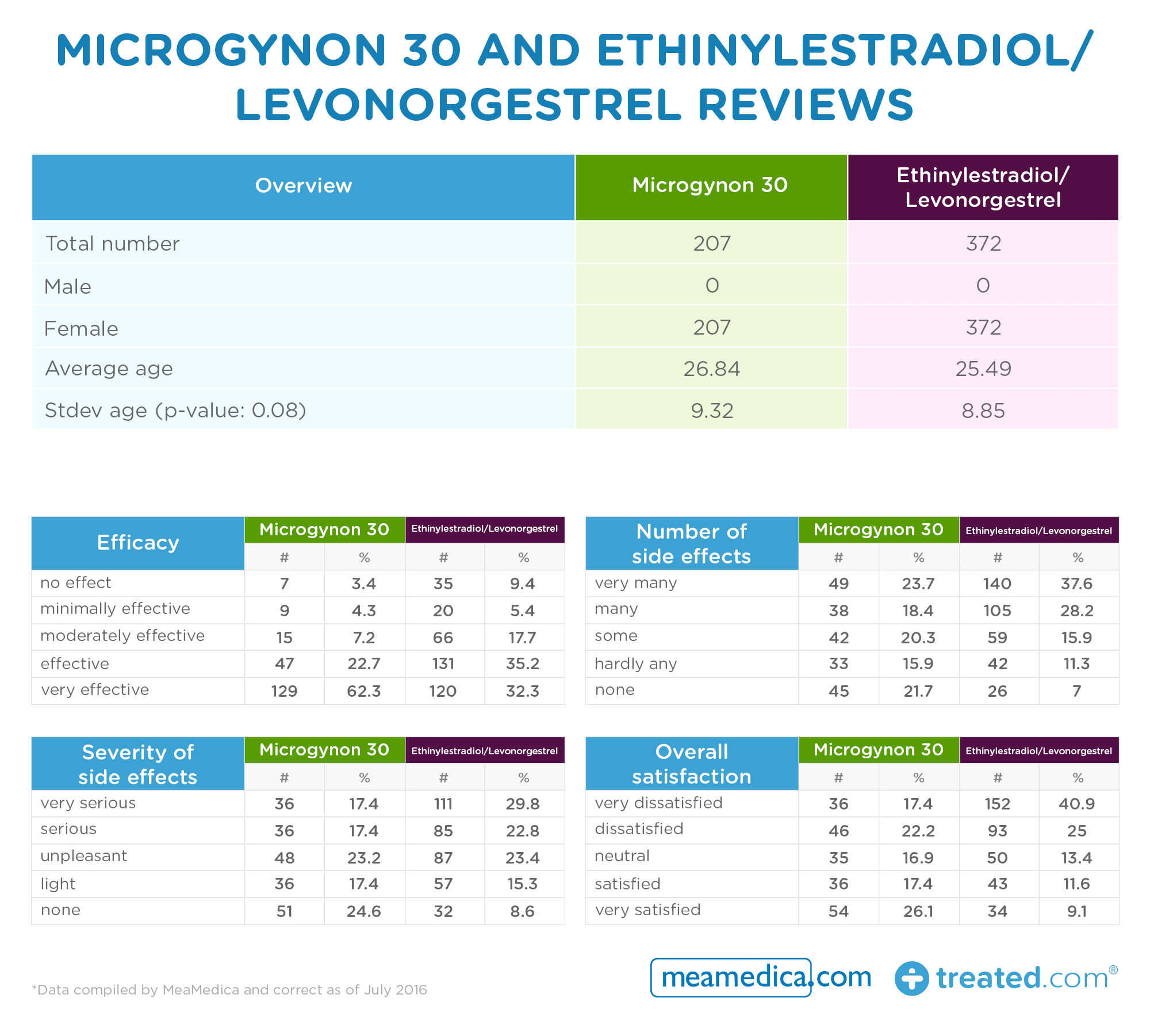 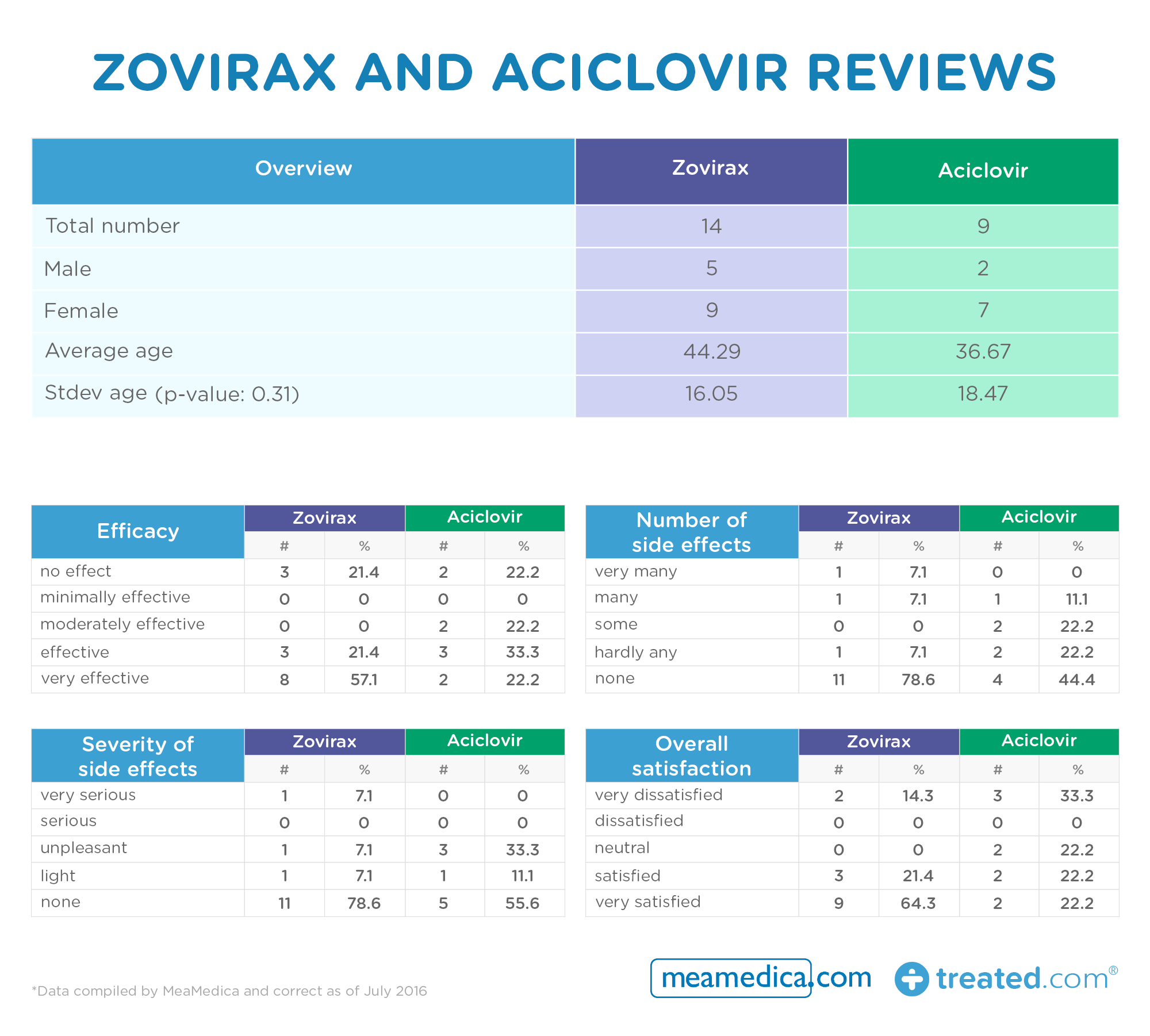 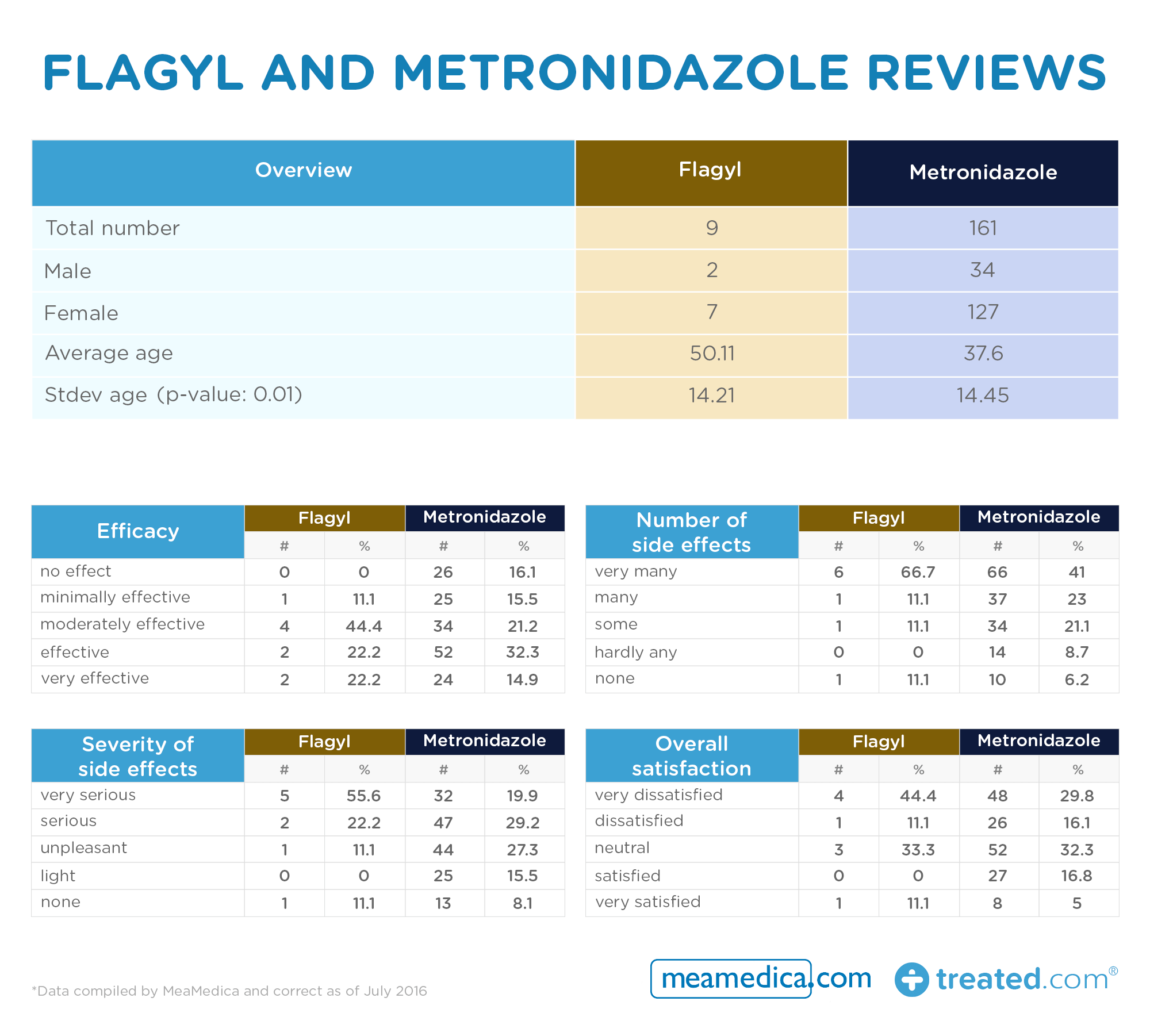 These particular comparisons seem to give weight to the notion that there is a difference in the way branded and generic medicines function.

Of the four treatments where a reasonable comparison could be made, only the migraine medicine showed results approaching a level of equivalency. The generic high cholesterol treatment in particular seemed to score very badly next to the branded medicine.

We put the results to Dr Wayne Osborne from Treated.com to get his analysis.

"I must admit I found the variances between the reviews surprising." Dr Osborne tells us. "One observation I would make is that the two migraine treatments, which are typically used on-demand, were also the treatments that showed the smallest discrepancy. The long-term treatments appeared to be those that presented the most conflicting reviews."

Delving into the results deeper, Dr Osborne identified a possible theory which could be behind this variance:

However Pauline Bus PhD, who led the research for MeaMedica, offers the response that patients tend to be more impartial when providing feedback.

"Our experience is that people are perfectly capable of keeping that part out of the equation. They just want to share what they experience, not just because they want to be negative about their (generic) medicines."

She goes on to add that a research by Lareb, the Netherlands-based side effects centre, has shown that the reporting of side effects between doctors and patients tends to differ only in the use of terminology. The substance of this reporting is essentially the same.

"Therefore, we can say that patients know very well how to judge their medicines and the possible side effects."

How are branded and generic medicines different?

To put it simply, when a manufacturer first develops a medicine, they retain the sole commercial right to produce that medicine for a limited period of time. When this period expires, other manufacturers are then free to produce the treatment as well, but they must do so under a different name.

Viagra, a world-renowned tablet for erectile dysfunction, is perhaps a good case to use as an example.

Pfizer first released this medication onto the market in 1998. The patent on the product lasted for 15 years. Consequently, in 2013, other drug makers became free to produce their own versions.

Because Pfizer indefinitely owns the patent on the name Viagra, other companies are required to sell their versions under a different name (in this case, the name of the active ingredient, Sildenafil).

The dosages of the generic medicine will typically be the same (containing the same level of active ingredient), however there may be some difference in the excipient ingredients, such as the tablet coating.

So in theory, there should be no (or at most, only a very negligible) difference in how the generic works compared to the original.

Can these small differences affect how they function?

Prior to being released, generic medicines undergo thorough testing to ensure they provide effects which are comparable to those of the original. But it is our interpretation of the term "comparable" where potential differences come into play.

"There is a lot of freedom in the production processes." MeaMedica researcher Pauline Bus explains. "As long as the bio-equivalence is within a certain range for a specific period of time the medicine is considered to be the same. However the outer values of this range can already have a big influence on how someone responds to the medicine."

She goes on to say that branded medicines, by virtue of being available for longer, have often had more time to evolve:

Another factor that can have quite some influence is that the branded version has had a lot of research to optimize the medicine and add the best excipients, such as coating and so on, to get the desired effect.

However David Kelly, prescribing pharmacist at Treated.com, holds the view that patient perception plays a huge part in this too.

Many of the differences between branded and generic medicines which patients experience can be attributed to individual patient perceptions, beliefs and experiences of the healthcare system. he tells us.

The patient's experience of the consultation in which a certain medicine was prescribed can affect the belief about how effective that medicine is. A medicine is more likely to be accepted by the patient if the consultation was a positive one, for example by having a problem acknowledged and paid attention to and also whether or not the patient felt that they were part of the decision making process. Subsequent changing between brands and different generics manufacturers can then cause feelings of uncertainty for the patient.

Do generics ever outperform branded treatments?

This is one scenario this analysis did not specifically explore: the difference factor when switching between treatments.

But a trend we may have noticed in such a study, Pauline adds, is the reverse of that described; where someone may have had a more positive experience with a generic over a branded.

With other medicines than the ones considered in this article we also get positive messages from people who switched from a branded medicine to a generic one; either it's more effective or they have less side effects. So, it can go both ways.

But to fully investigate this, Dr Osborne says, a more comprehensive study undertaken in a different setting would be required.

I would still hold that a large number of patients have the predetermined idea that branded medicines function better than generics, which introduces a degree of prejudice into any comparison containing foreknowledge of the drugs being used.

To be a true analysis of the functional differences between the medicines, such a comparison would need to be undertaken in the form of a double-blinded randomised controlled trial, and involve more participants.

Experiences are personal and the effect of drugs differ from person to person. This website provides information for educational purposes only and is not intended for medical advice, diagnosis or treatment.
Check our frequently asked questions for more information on meamedica.com.

Most icons from FontAwesome. Some icons made by Prosymbols from www.flaticon.com and licensed as CC 3.0 BY.